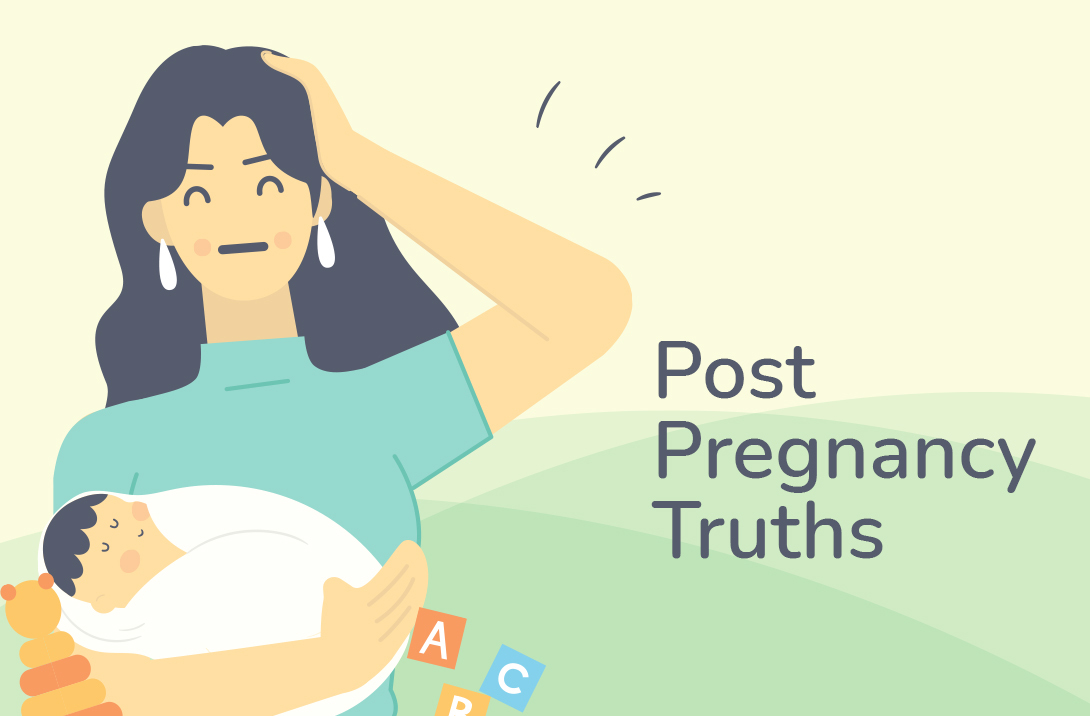 Malini was rushed to the hospital from the office by security guard, Stinky Suresh (who washed his clothes once a week) and her manager, Clueless Chandan (who had recently taken, and immediately regretted, a course on ‘How to Help Employees’).

She wasn’t due for another week.  Rohan was out of town and her mother was due to arrive from Delhi later that night. Chandan drove insanely fast and ensured they reached the hospital before she delivered in Stinky’s lap.

The scan showed that the umbilical was coiled like leftover spaghetti so the doctors performed an emergency c-section. Sanju (short for Sanjana), a name chosen after rejecting all of Rohan’s 63 suggestions), was born at 9:43 pm at Surya Hospital.

As Malini’s mother made her way straight to the hospital from the airport, she stared at the baby in the cot next to her, “What do I do now?”

The workaholic hadn’t taken out time to read up about what to expect after birth. So, she learnt FIVE lessons about post partum the hard way!

For 3-6 weeks, she had a never-before gush. It is called lochia and even if given a better name, it will remain as awful. She was given sanitary napkins the size of the island of Sumatra  to help her cope. Tampons were a big ‘no-no’ since they can cause bacterial infections.

2. Her belly is still there.

Malini learnt this the hard way, when a neighbourhood aunty, Saritha, looked at it and asked, ‘So, have they postponed the c-sec?’ She growled and pointed towards the nursery where they had taken Sanju. Don’t get discouraged seeing the belly staring back at you. It will take time. Start light exercises when your doctor permits.

3. Non-stop tears wet the clothes (other than baby pee and leaking breast milk).

It does not affect all women but some women do face postpartum depression. It was so overwhelming for Malini to stop that sobbing. She felt guilty for crying but couldn’t stop it. It got better after a few weeks. However, if it's not improving for you, there is no shame in asking a doctor to help you out with the postpartum blues.

4. Breastfeeding can be tough getting used to.

While preparing her for the baby, no one really talked to her about the area above the belly button. All the action was supposed to happen below! But, with a tiny Sanju in her arms, she shook with hot flashes, cried out because of the engorgement and struggled to get the baby to latch. Don’t worry if you aren’t producing much in the first few days: the baby doesn’t need much, either. Take deep breaths: remember your breathing practice will come in handy as you try to master the breastfeeding technique.

Just saying, you can find a lot of breathing exercises on iMumz app.

5. Seeing her husband turned her into a fire-breathing dragon.

Fearing embarrassment, most new mums don’t report this, but Malini felt like punching the living daylights out of Rohan every time she saw him. It made no sense! This was a happy period : they should have been holding the baby together and singing songs. Well mumz, for reasons that are often hormonal, you might feel like w anting to pick a fight with the spouse. Take it easy. Your body is still weak and it needs rest and nourishment. So, take a day at a time. If needed, tell him to wear a helmet when he comes near you!

Don't be like your husband. Don't be a fire-breathing dragon. Find meditation for you on iMumz app.

Disclaimer: All characters and events in this blog are entirely fictitious. Any similarity to actual events or persons, living or dead, is purely coincidental. The content is for information and educational purposes: do see a healthcare professional for any specific concerns. Anything that might hurt sentiments of any group or groups of people is unintentional and without malice.‍ 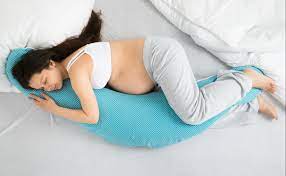 5 tips to sleep better during pregnancy

Sleep well through your pregnancy nights. Follow these tips.